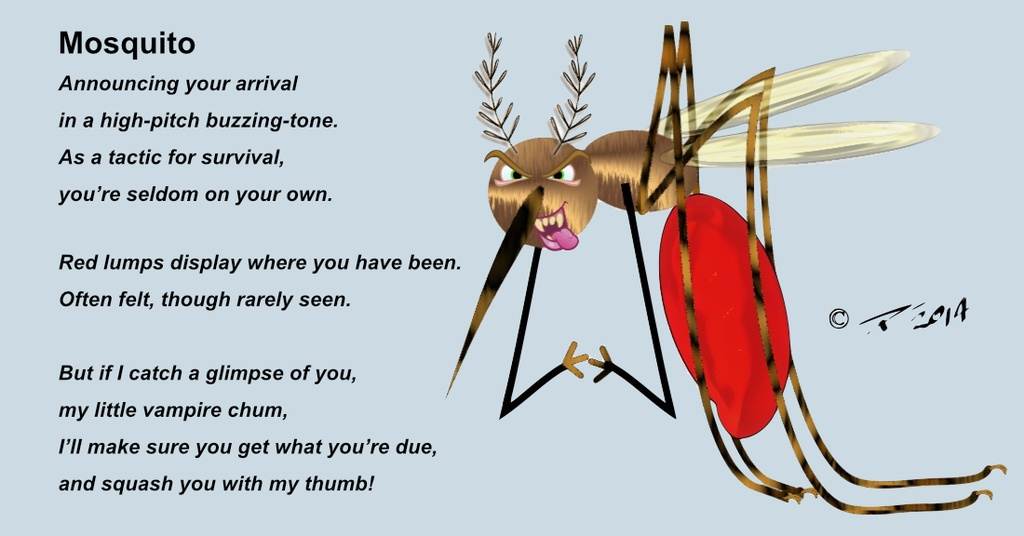 Runners get more mosquito bites than sedentary individuals – learn how to avoid the pesky little blood-suckers.

The name Mosquito is considered to have it’s origin in the Spanish language, being a combination of the words “mosca” = fly and “ito” = miniscule.

Mosquitos are remarkable little critters. There are more than 3500 known species of mosquito and they’ve survived on our beautiful planet in one form or another for approximately 80 million years. Longevity as a species aside, they possess some amazing characteristics and they are food for an incredible array of other life forms -spiders, birds, fish, frogs etc – heck I’m sure I’ve even swallowed a few.

But I can’t bring myself to like them. In fact I loathe them. Perhaps it’s the irritating sound they make or because they carry disease. Or maybe it’s my inability to square their paradoxical position in the order of things – they’re at the bottom of the food chain – yet they feed on us – at the top of the food chain. But most likely it’s because they like to bite me and those bites are so annoyingly itchy for days afterwards…

I’ve recently returned from a family holiday in Croatia (Chiovo island). As I adore running, I always pack my running shoes and kit for my holidays and love to get up early and have a run. It’s a great way to start the day and elude the oppressive heat, plus I get to explore where we’re staying and get a feel for what’s available within walking distance. I’m normally back and showered before my family have woken up. 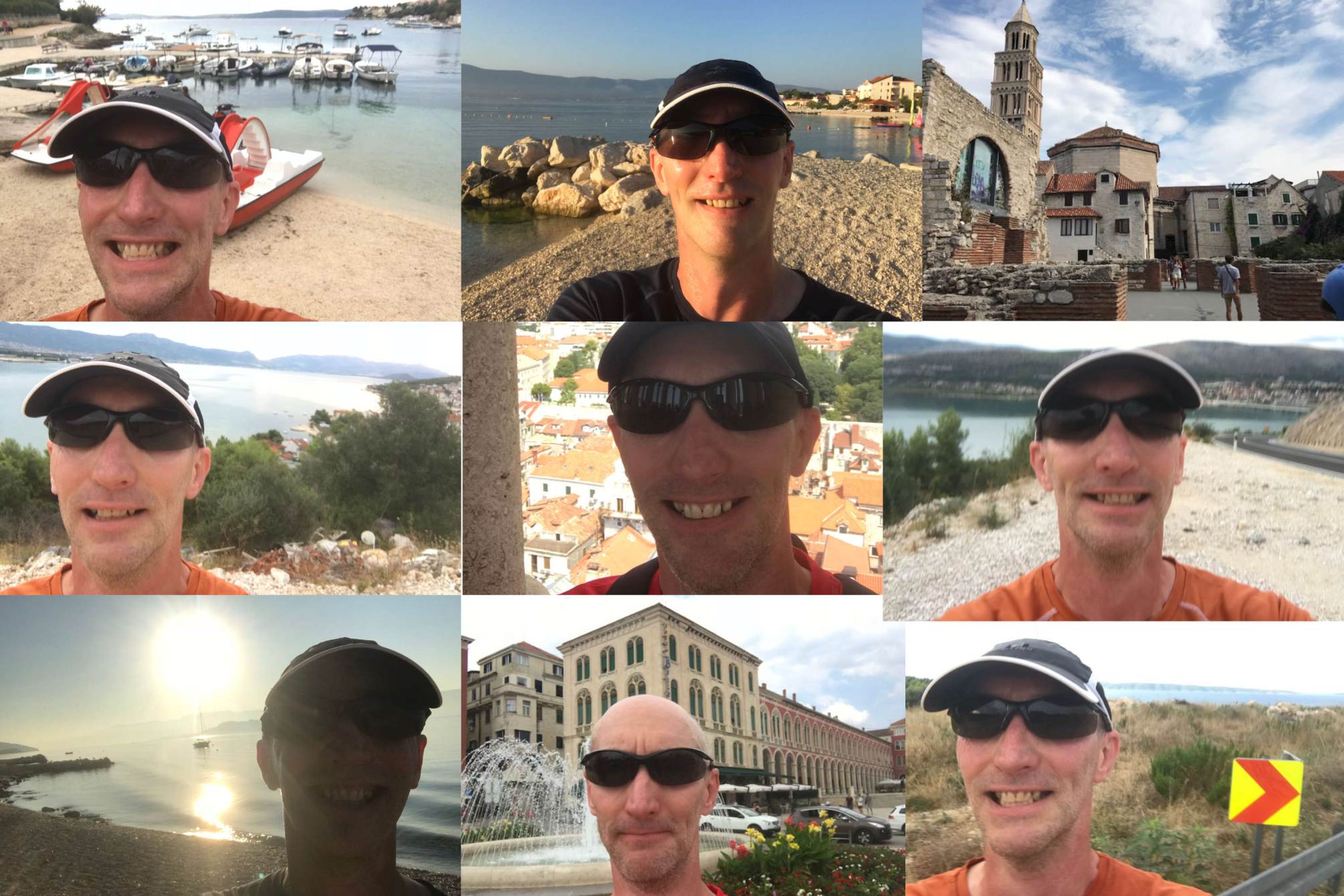 As is the norm whenever we holiday in warmer climes, I get bitten by mosquitos considerably more than any other member of my family. Like 3 to 4 times as much!! I often end up looking like I have the measles, whilst you’d be hard pressed to notice more than a handful of bites on either of my kids or wife. I’ve often wondered why and have for some time suspected that my being a runner has something to do with it. So, this year, after suffering with some particularly-itchy-mozzie-bites I did some research and it turns out that my hunch was right.

Mosquitos are attracted to their human chow by:

So now you know what it is about running that can set you up as a veritable mosquito banquet.

All great qualities for warmer climes. However, I tend to opt for darker colours, as they don’t show the sweat marks as readily (especially shorts). 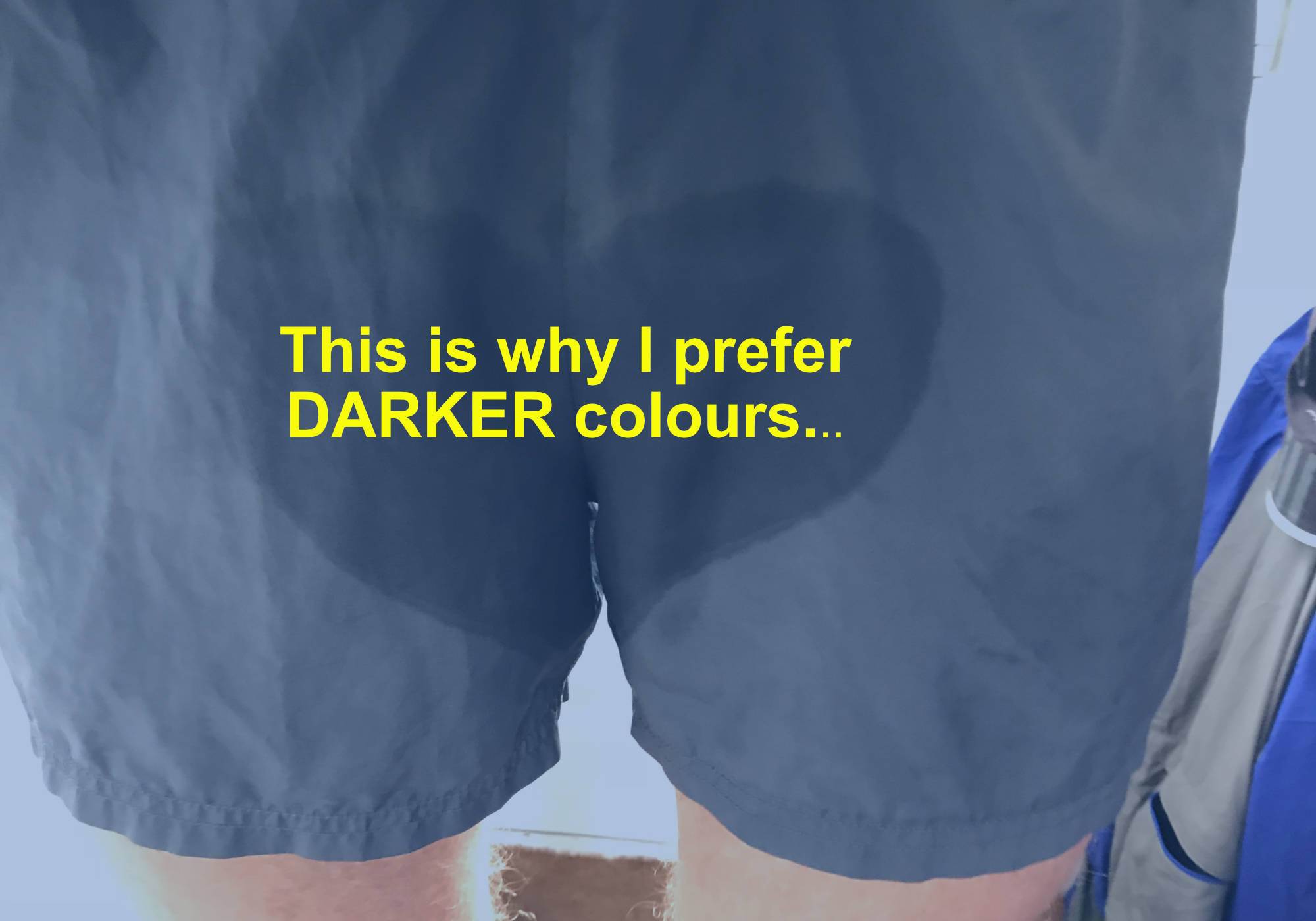 A potential downside to stuffing your luggage to the brim with running gear – is that it won’t get you into any swanky restaurants, where formal attire is a must. But then again – I don’t tend to frequent such establishments either – So no biggie.

Although rare, DEET can cause skin irritation and you should not apply it to damaged skin and avoid spaying in the eyes. There are some claims of other more serious side-effects too, like memory loss, nausea and tremors. Which may well be enough to put you off using it. There are other potentially less harmful repellents available, but according to my research – none are as effective as DEET. Some of the more ‘natural’ alternates – include citronella, catnip oil, lemon and eucalyptus.

Runners tend to sweat a lot. So apply insect repellent to your clothes rather than skin, when you go for a run, as otherwise your sweat could wash it away.

Following some or all of the above advice should drastically reduce the number of mosquito bites you get. Or at least that is the collective wisdom gleaned from my research. However, I think it only fair to say that I’ve yet to test any of these theories in the field. That will have to wait until my next holiday in some sun-soaked-mozzie-infested destination.

Finally, I have a couple of tips for dealing with any bites you do get:

Hi, I'm Dave. I'm a UK Athletics qualified and licensed Coach in Running Fitness (CiRF), Endurance Event Group Coach and Certified Running Technique Coach. I coach groups and individuals of all abilities both online and in person.I particularly enjoy coaching beginner and improver runners in the 40+ age range.I'm also a regular recreational runner and I've been competing in races from 5k to marathon distance for over 30 years.