I wish I'd come up with that analogy, but I've just cribbed it directly from a quote by Damian Hall on the back of the book. But it's a great description when you consider what Shane has done to further his knowledge and understanding of human movement.

He has literally travelled all over the planet to work with athletes and indigenous people in Africa (Ethiopia, Kenya & Morocco), South America (Peru) & North America, Sweden, Czechoslovakia, India, Nepal, Bahrain, France and the United Kingdom.

He has also done quite a lot of work with elite ultra runners. Many of who's experiences are included in the book - like for example:

Shane Benzie is a very interesting character. I've met and received some training from Shane and I can say that he really knows his onions with regards to running technique. But, he's also interested in other human movement and has worked with the UK diving squad too.

There's an example in the book about Shane spotting how the foot placement of one of the diver's (Grace Reid) during her dives, was related to how she stood during the day. The main lesson here being - what the body does regularly/consistently becomes ingrained. This is also why Shane believes that sitting all day is therefore a bad thing and likely to become frowned upon as much as smoking in years to come.

The book has 3 parts: 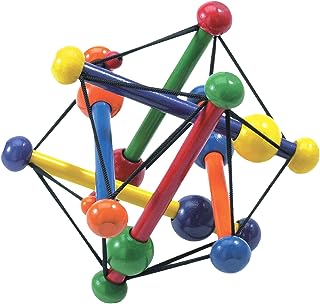 Tensegrity is a word that I'd never heard of before meeting Shane. It's one of the key tenets of his theories on running technique and indeed how we as humans move.

Something that having had him explain it to me makes perfect sense. During his training and in the book he uses this child's toy to explain the concept. Of how our bones are not really a scaffolding to support out muscles. But instead the muscles tendons, ligaments and fascia support the bones in a sea of tension.

Allied with Shane's tensegrity model is the utilisation of fascia to provide elastic energy for more efficient forward propulsion. Shane explains how fascia runs throughout the body and that there are long strands that run from head to toe. And with proper posture and running technique we can capitalise on these - using them like elastic bands to store and release energy.

One major advantage of doing this is that fascia does not require blood flow or oxygen, so unlike our muscles it does not require calories to make it work. Shane explains this well in the video interview below - which is well worth a watch.

Back to the Book

Instead it's more of a potted history or a memoir of sorts of how he became interested in running technique/human movement. Plus it gives an insight into his travels around the world to study the best most fluid naturally talented runners on the planet.

There are also a number of anecdotes from ultra runners that Shane has worked with dotted throughout the book too. Which help to give the whole thing context and substance to what Shane writes about with regards to the basic human movements involved in running.

For these reasons I really enjoyed Shane's book much more than any of the others on the same topic. As they tend to be more of a science based text book. Written in a very turgid/academic dry and stunted style.

So - here is a brief summary of my opinions of the book an overall score and a link to Amazon.

The Lost Art of Running

The story of Shane Benzie's quest to discover the secrets of the most fluid/natural born runners on the planet.

A very interesting and entertaining read. Very different to most of the other books I've read on the topic of running technique.

I highly recommend it - if you're interested in human endurance, ultra running or running technique/human movement.

Do you want to improve your Core Strength & Running Efficiency?

Click the button below to find out more about my 12 week, 3 phase Crucial-Core programme.

Hi, I'm Dave. I'm a UK Athletics qualified and licensed Coach in Running Fitness (CiRF), Endurance Event Group Coach and Certified Running Technique Coach. I coach groups and individuals of all abilities both online and in person.I particularly enjoy coaching beginner and improver runners in the 40+ age range.I'm also a regular recreational runner and I've been competing in races from 5k to marathon distance for over 30 years.